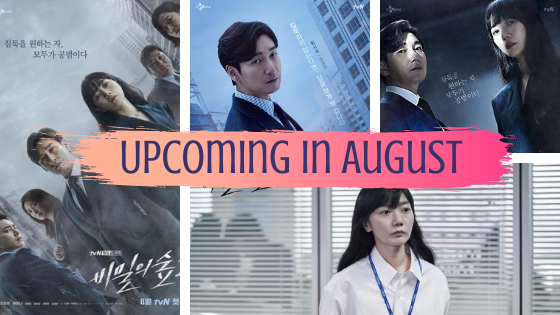 It’s a new month! And as you can see from the extremely biased header, there’s only one premiere that matters to us in August.

Based on the popular long-lived cartoon of the same name, this is a family sitcom featuring the friendly and pleasant daily life of a family walking a tightrope at the edge of sanity.

Cha Kang-woo is a single man in his 30s who works as a psychiatrist. He is full of curiosity about human beings. He’s attractive, but afraid of having romantic relationships due to trauma from his past. A woman appears in front of him and he begins to have feelings for her.

Lee Na-eun is a freelance copy editor. She is generous to good people, but she does not tolerate injustice. She hopes to become a novelist one day. Due to her situation, she hasn’t had a boyfriend in 4 years. She moves into the house and develops romantic feelings.

Under this tense situation, Prosecutor Hwang Shi-mok and Detective Han Yeo-jin chase after the truth in a hidden case.

Oh Ye-ji  is a ceramic artist with a pure heart and relentless optimism who refuses to give up no matter the situation. She dreams of finding ordinary happiness but in a cruel twist of fate gets caught in a love triangle with two brothers, Seo Hwan and Seo Jin.

Hwan, an architectural designer, is an innocent young man who falls in love with Ye-ji at first sight. His feelings put him at odds with his older brother Jin, but he can’t let go of his fateful first love.

Jin is a race car driver and the leader of his rally team. He is cool and reserved on the outside but is ruthless in the pursuit of what he desires. When he meets Ye-ji for the first time at his father’s workshop, he instinctively feels attracted to her.

Carrie Jung, described as a femme fatale, is Jin’s ex-girlfriend and marketing partner. She is charismatic, but intensely jealous over her ex-lover and has a selfish and egoistic streak. She feels passionate love for Jin, whose rally team she used to sponsor, unable to let go of him even after they break up.

A continuation of the webtoon-based drama about an app that can see crushes, this is the second season—or second half?—of the rom-com that aired its first eight episodes last August.

Goo Ra-ra (ha!) is an immature and mischievous pianist. With her bright laughter and sunny disposition, she’s a simple, confident, and lovable person, having the charm of making anyone laugh no matter how difficult the situation. She also enjoys making jokes and acting unpredictably even during serious moments as she has lived a life without fear, being able to gain whatever she wanted with money. She hits rock bottom when her family goes bankrupt. After she finds her way to La La Land, a piano academy in a small village, she ends up crossing paths and falling in love with the tough and mysterious Sun Woo-joon, who seems to be hiding many secrets.

Sun Woo-Joon doesn’t care what other people think about him, but he has a warm heart. He is free spirited and doesn’t have a specific dream or goal for his life. He makes ends meet by working part-time jobs.

Park Jin-gyum, an emotionless detective, learns about the existence of time travelers and comes from the future through a device called Alice. In the course of his investigations into Alice, he has a fateful reunion with a woman who died a long time ago named Yoon Tae Yi . Actress Kim Hee Sun plays two characters who look alike, Yoon Tae-yi and Park Sun-young.

Kim Wook (Go Soo) is a smooth talker and a good-looking man. He commits fraud to make a living. One day, he happens to arrive at Duon Village, where the missing dead gather. He soon faces numerous mysteries. Jang Pan-seok is a mysterious figure who secretly looks for missing people. He is the connection between Duon Village and the outside world. He becomes a fraud partner with Kim Wook and he solves cases. Lee Jong-ah is Kim Wook’s supporter. She is a white hat hacker out to gain social justice. She works as a low-ranking public officer at a community center as her day job. Shin Joon-ho is an elite detective. One month prior to his wedding, his fiancé disappeared. To find her, he applies for the missing person squad.

A drama about students at a prestigious music school and the people in their lives. It will tell the stories of the students experiencing lessons, practicing, performing, and competitions since a very young age along with their parents and teachers who obsess over these processes.

Park Joon-young started playing piano when he was six years old. He won prominent competitions in the country before going on to win competitions across the world.

Chae Song-ah is a college senior majoring in violin performance. After graduating previously as a business major, she entered the same university again to go to the music school after four attempts and is seven years older than her classmates.

*Summaries are adapted from those provided by MyDramaList.com. 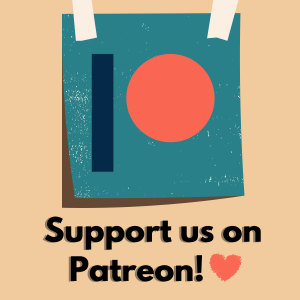 Live in 3 hours, folks! 11AM, EST/9.30 PM, IST.
🎥 Livestream: #RunOn 🎥
Going LIVE on SUNDAY 🎥 We need to talk about #dodosolsollalasol.
🎙️ PODCAST ep 🎙️ ICYMI: In our latest Long Yak, we notice dog-related parallels between #Search and #JohnWick🐕, and Allama Iqbal (our podcast Yak's little Llama bro) makes a cameo 🦙.
🎙️ PODCAST 🎙️ We talk #Search and wonder if DMZ is pronounced with a zee even if you normally say zed. Is it the start of a grammar war between the English and the Americans on our Pod?
🎙️ PODCAST 🎙️ We think @festerfaster