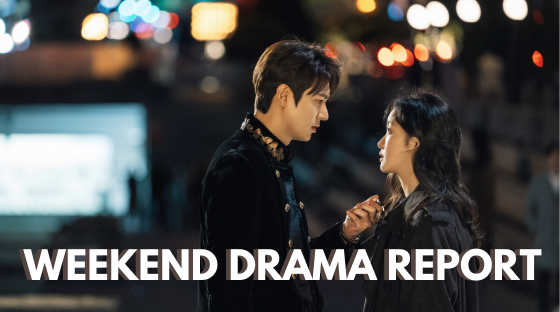 In the midst of all this craziness, new dramas continue to premiere, giving us a bit of a silver lining despite the dark times we’re living in. What’s been keeping you engaged these days? Did you catch the first week of The King, and are you having the same Kim Tan flashbacks we are?

Here’s what we started, finished, dropped, or kept watching this week.

(Note: We’ll mention some plot details, but will try to keep major spoilers to minimum.)

I tend to enjoy Kim Eun Sook’s writing a lot. It’s overly dramatic, the plots are winding, there are too many characters, and every episode is spent building up to an inevitably epic and cinematic climax. It appeals to the broadest cross section of the audience and I love it. Both Goblin and Descendants of the Sun rank high on my list of dramas I can re-watch and that’s mostly because of her writing. She creates moments that are so darned meme-able. Like that scene where the Goblin first walks by his school girl bride. Or that one when the Goblin and the Grim Reaper stride to the rescue, conveniently back-lit and oh-so-awesome. Or that airfield scene when Song Hye-kyo runs after her scarf and then stands frozen as Song Joong-ki and his army bros smoothly march past her. I might have mixed feelings about Secret Garden and Heirs, but still I remember most characters in those dramas and many of their distinct personalities have stayed with me.

I’ve watched the first two episodes of The King and I’ll watch the next two episodes. I’ve yet to find any of the characters memorable or even enjoyable to watch. The magic system is all over the place, I can already poke a lot of holes in the rules governing ‘parallel universe’-hopping, the ‘Alice in Wonderland’ analogy is getting tired without ever having made much sense, and while Kim Go-eun is doing the best she can, Lee Min-ho should just go take that nap that he clearly needs instead of snoozing in the shoes of the main lead. This is not an auspicious beginning.

I have just one thing to ask this show. Why couldn’t you be THIS from the start? I would never have made THIS if you’d just given us a sweet, measured romance between Chae Soo-bin and Jung Hae-in from the start instead of making us sit through half a dozen awkward episodes of sad people being sad and being philosophical about their sadness.

I think I have to face up to what my brain was telling me for a while but my heart wasn’t ready to hear—this is just not that great a drama. While the very first episodes had tedious police cases to get through, they were also establishing Dong Baek and Han Sun-mi’s personalities, which was fun to watch. Yoo Seung-ho’s Dong Baek was headstrong and heedless of procedure, and Lee Se-young’s Sun-mi was meticulous, perceptive, and capable of solving complicated cases without the help of Dong Baek’s mind-reading abilities. They weren’t working together, but watching their distinct styles, we felt a growing anticipation for the episode when they finally joined hands. And then it came, and the drama got steadily more boring from that point on. Sun-mi lost all her genius-level abilities to detect and analyze clues and instead became Dong Baek’s second-in-command. He breaks the law, she demurs, but then goes along with it. She was also leached of all personality except the one of little girl who watched her father be murdered and grew up into a cop. Memorist relies heavily on Yoo Seung-ho’s charisma to keep the audience watching, but even his indefatigable charm starts to pale when he keeps doing the exact same thing over and over, and the story simply refuses to move forward. There are only so many times we can see him disregard procedure, grab maybe-villains by the collar, run out of meetings because he thought of something, and just generally act like he knows best in all situations. The show is so invested in building the myth of the Memorist and his great rivalry with the Executioner that all other characters fall by the wayside as Dong Baek makes yet another leaping deduction and runs head first into danger, with Han Sun-mi, his superior and a Superintendent of Police, following meekly behind. Can you tell that I’m mad at the writers by now? 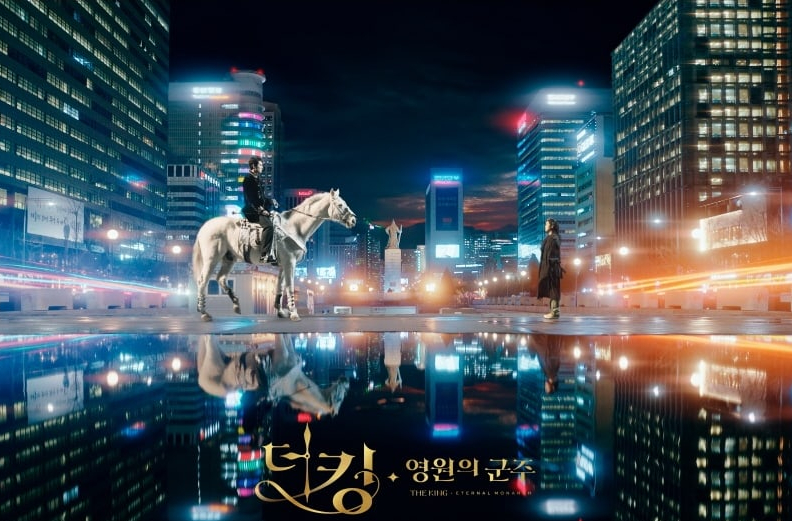 Episode 1 was an info-dump of confusing exposition, but Episode 2 was actually quite enjoyable, with one notable exception (which I’ll get to in a minute). I’m intrigued by how we can have both alternate universes and time travel, and how that works; the villain is suitably despicable and powerful; the cast is full of incredible actors bringing their A-games. Most importantly, I really like Kim Go-eun as Tae-eul—she’s sharp, funny, unavailable for the hero’s nonsense, a badass, has zero fashion sense, and is always ready with a comeback. Kim is always great, but this is a much better role for her than the put-upon high-schooler in Goblin. The King is rife with cliches and coincidences, but that can be overlooked if it takes us on an interesting, well-executed journey.

But what I can’t ignore is the show’s one glaring misstep: Lee Min-ho as Lee Gon. He seems like he’s sleepwalking in a role that would skate close to problematic even in the hands of a much more charismatic actor. But Lee Min-ho is so dead-eyed and monotone that instead of working as a running joke, his constant line about how certain acts would get so-and-so beheaded in his kingdom isn’t funny—it just makes him sound like a tyrant who murders his subjects for fun. I’m growing increasingly tired of Kim Eun-sook making her heroes either supernatural or men so rich and powerful that they might as well be, in a setup that gives them a reason to be entitled, autocratic, and self-obsessed—but at least Hyun Bin and Gong Yoo had the acting chops and comedic timing to make them charming anyway. Lee Min-ho is just… a black hole on the screen. (The only exception was Lee Gon, er, City Hunter saving Baby Gon’s life.) I don’t know if he just doesn’t care anymore because he’s too successful, or if his role in City Hunter was just a lucky good fit for him. I continue to be disappointed in his work since then, and here, his robotic performance seems designed more to make him look cool than to engage with anything approaching real emotion. And it’s a shame, because while The King may not have the epic soundtrack that took Goblin to the stratosphere, with a better lead actor this show could have had great potential.

What can I say about this drama that I haven’t already? It was the crack legal drama that I never knew I wanted. The ending was highly satisfying, wrapping up Hee-jae’s arc in a way that allowed him to develop into a true hero rather than the checked-out, self-satisfied jerk he was in the beginning—without losing the personality that made him so entertaining to watch. I love how this drama started out being a feud between Hee-jae and Geum-ja, but in the end they didn’t just go from lovers to enemies to rivals to friends to partners to…well, everything; it was also about the team of people they built around them that eventually made Choong Law Firm a home for them all. And I love that they all found something they were missing in each other. I’m sad it’s over, and I’ll miss Hee-jae’s mobile expressions, Geum-ja’s badass outfits, and the electricity that crackled around them anytime they were in a room together. I don’t normally rewatch dramas, but I have a feeling I’ll revisit this one when I need a boost.

Is it weird that I like both Gyeo-wool and Min-ha more now that I know they’re best friends? I kind of love what it says about them, given how different they are. I’m still unsure of how I feel about some of the potential lovelines, but I am HERE for both Jun-wan/Ik-soon and Sun-hwa/Ik-joon. The latter is cliched to no end, but Jo Jung-seok and Jeon Mi-do play their roles with such charisma and have so much chemistry that I don’t care (and Go Ara doesn’t present even an iota of a threat to this relationship). But the highlight: Jun-wan in love and fighting Ik-joon over the title of “Brother-in-law” had me in stitches. It was odd (and highly entertaining) to see him act all cutesy over the phone given how abrupt he usually is. It sounds like Ik-soon has something sad in her past though—I hope it’s nothing that will trip up her new relationship, as Chi-hong implied it might.