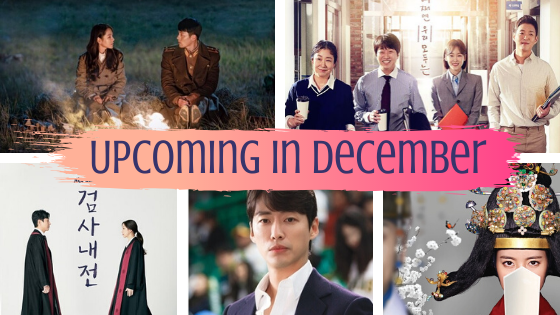 It’s hard to believe, but December is upon us! Look forward to our end-of-year reviews, but in the meantime, here’s our very last upcoming post of 2019. We hope it was a good year for you, and that you’re not too exhausted to check out a couple of new shows this month.

Baek Seung Soo is the newly appointed general manager of professional baseball team Dreams. The team ranks bottom of the league. Lee Se Young is the operations manager of the team. She has so much love for Dreams and she never gives up on the team. –AsianWiki

Crash Landing on You

The drama is about a wealthy heiress named Yoon Se-ri, who, while paragliding, is forced to land in North Korea due to high winds. A North Korean officer named Ri Jung-hyuk hides and protects her, and in doing so, comes to love her –Soompi 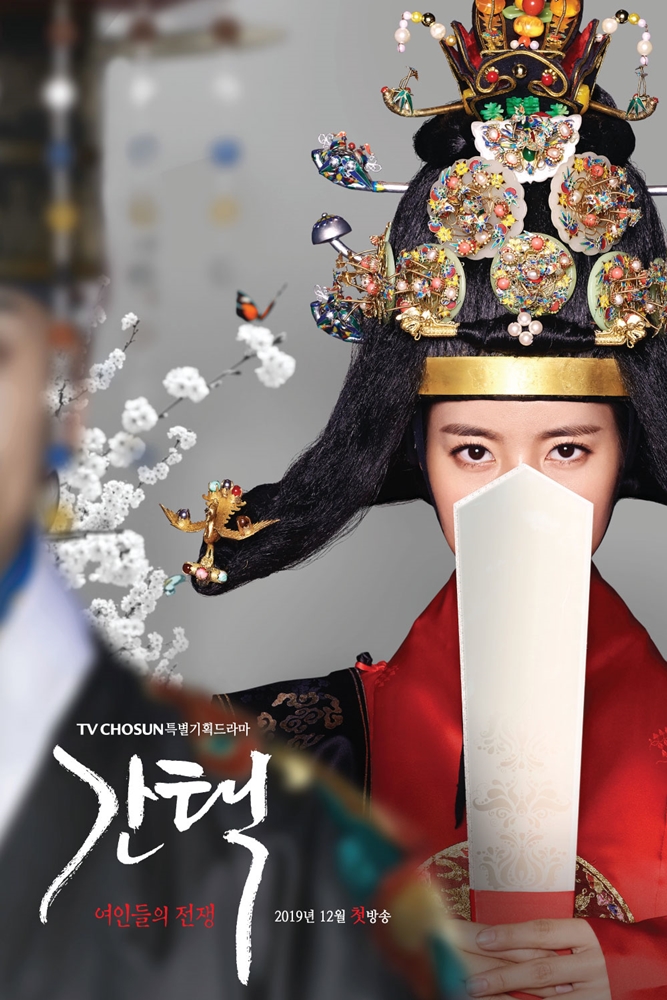 The story of the cutthroat competition around the selection of the new queen, who is the only person in the kingdom who can have power without being related to the royal family.

Kang Eun-bo’s twin sister is murdered. To find out who is responsible for her sister’s death, Kang Eun-bo decides to become the queen. She does not hesitate to take reckless actions in pursuit of her goal. Lee Kyung is the young king who had to suffer through an unimaginable hardship after being shot in the head. He is handsome and intelligent. Lee Kyung has precognitive dreams about one woman. He becomes involved in an unexpected case.

Wal, someone who doesn’t know his own name but knows the importance of money. Lee Jae-hwa, a man who suddenly goes from living in the streets to being the first in line to the throne. Jo Young-ji, the daughter of the second state councilor, who has been obsessed with king Lee Kyung ever since he saved her from bullies when they were just children.  -AsianWiki

Diary of a Prosecutor

A drama depicting the mundane daily routine of overworked prosecutors staying up all night to tackle all the different cases handed over by the police. Lee Sun-woong works at the Public Prosecutor’s Office in his local district. On the outside, he looks a bit slow and like he has no ambitions in life, but his inner self is different from what he appears on the outside. Cha Myung-joo is an elite prosecutor, who was rising on the ladder of success at the Central District Prosecutor’s Office before being sent to a branch office. –HanCinema, Soompi

The story of a young woman who gets a short-term teaching position and does her best to fight for students’ dreams in school. The drama will take a deep look into the lives of teachers and provide commentary on society through the microcosm of a school setting.

Go Ha-neul, who is newly appointed to a short-term teaching position at a private school. She dreamed of becoming a teacher because of her gratitude towards one of her own teachers who saved her life, and she will grow with the students as they face the various issues that exist in a cut-throat private school setting. Park Sung-soon, the head of the career counseling department at the school and a known workaholic. She is well-known as someone who will do whatever it takes for her students and is even willing to visit schools on her students’ behalf to fight for them. She will be a mentor to Go Ha-neul. Do Yeon-woo, a Korean language teacher who is passionate about teaching and hearing that he’s good at his job makes his heart race. He is an idealist who believes talent will win over any office politics. Rather than getting involved in things like that, he likes to go his own way to grow as a person. –Soompi

We’re Saya, Anisa, and Paroma,
a transnational triumvirate of Korean drama addicts who get together to discuss, rant and squee over the shows we can’t stop watching.